Our headliner is the prankster and top comedian Simon Brodkin, who is also famous for his character Lee Nelson. Check out THIS VIDEO to see how he pranked Donald Trump last year – this is both incredible and genius. Simon is a fantastic stand-up comedian who is a regular headliner in major clubs around the world

Our MC is musical comedian Andy Stedman, his mix of parody and original songs, jokes and audience banter makes him one of the most likeable MC’s around.

Opening up the show is political comedian Erich McElroy, an American who decided to get a British passport – which we of course applaud!

Our guest acts tonight are the deadpan Adam Riley and, making his debut at The Stand-Up Club, Joe Hobbs.

The Comedy Pub is smack bang in the heart of London’s West End, 1-2 mins walk from Piccadilly Circus tube. With 4 floors, it boasts a brand new cocktail bar and three other bars to quench your thirst. The comedy room holds 110 people, enough for a sizzling atmosphere but not too many that you can’t get close (not too close!) to the comedians. You will be very ‘in the room’ as they say in comedy. We allocate seats for everyone, so you just have to turn up and enjoy the night.

Fridays in August are £10 per person which we think is a bargain bearing in mind the quality on show, so grab your tickets now comedy lovers! You can also pre-pay for a meal which guarantees you a reserved table if you so wish, and there are other food/drink options available.

Andy is one of the most popular comedians we have here at The Stand-Up Club and a regular MC for us. With a mix of jokes, comedy songs and plenty …

Erich is a stand-up comedian and writer best known for his highly amusing take on politics. Originally from Seattle, he moved to the UK in 2000 and in 2007 collected … 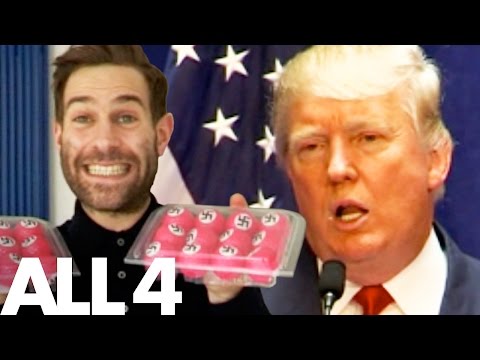