It’s Christmas time and we don’t care if you’ve been naughty or nice. Give yourself (and some mates) an early Christmas present by buying tickets to our wonderful comedy night. You deserve it.

Our headliner tonight is the brilliant one-liner comedian Mark Simmons. Mark is pretty much always in Dave’s Best Jokes Of The Edinburgh Fringe list, and in 2018 has been tour support for Rob Brydon and the very naughty Seann Walsh. Apparently Seann is now on Santa’s naughty list.

Opening up the evening is one of the sexiest men alive. men want to be him, women (and probably many men) want to be with him. He is of course, Marcel Lucont. French lothario. As seen on John Bishop’s BBC Christmas Show, Russell Howard’s Good News, and more. Check out his brilliant video below…

Our MC for the night is Andy Stedman, one of the most popular MC’s on the UK circuit with his mix of audience banter, comedy songs and jokes. Andy recently was the theatre tour support for Bobby Davro. Renown for being happy to take banter as well as give it out (which is how it should be).

Cally Beaton is our middle act of the evening. Highly intelligent (she has been on QI twice this year) and equally as funny, audiences love her and she is the perfect antidote to Monsieur Lucont’s musings!

Finally our newest act is Trevor Bickles, who originally did a 5 minute set one weekend for us and smashed it, so in time-honoured manner here he is back with a longer set. A cheeky Cockney so-and-s0.

**THERE ARE TWO SHOWS TONIGHT, THIS IS THE 8PM SHOW. THE LATER SHOW STARTS AT 8.45PM AND WILL HAVE ALL THE SAME ACTS WITH A DIFFERENT MC**

Our officially tasty pre-show Christmas menu is available tonight, so you can not only stuff yourself before the comedy (and before you drink too much!) but you can have a go at telling some dodgy Christmas Cracker jokes before the real comedians do their bit. Choose from a two or three course meal, or a variety of buffet options to suit your budget. Ideal for work groups, a bunch of friends, couples and anyone who wants a great night out.

The Comedy Pub is smack bang in the heart of London’s West End, 1-2 mins walk from Piccadilly Circus tube. With 4 floors, it boasts a brand new cocktail bar and three other bars to quench your thirst. There are designated areas for dining if you want to tuck into some Christmas grub. The comedy rooms hold between 110-130 people, enough for a sizzling atmosphere but not too many that you can’t get close enough to really see the comedians (not too close though, calm down!) We allocate seats for everyone, so you just have to turn up and enjoy the night.

THIS EVENT IS SOLD OUT

If you’re coming to The Stand-Up Club when Mock The Week star Mark Simmons is on then you are in for a treat. Tour support for Rob Beckett, Seann Walsh …

Star of “John Bishop’s Christmas Special“, “Russell Howard’s Good News” and more, Marcel Lucont has toured the world with his dry wit and aloof Frenchness. He is one of the …

Andy is one of the most popular comedians we have here at The Stand-Up Club and a regular MC for us. With a mix of jokes, comedy songs and plenty …

QI regular Cally is a natural storyteller full of intelligent, distinctive and punchline-rich material. Her act is a rollercoaster ride of anecdotes, observations and stuff even your best mate wouldn’t … 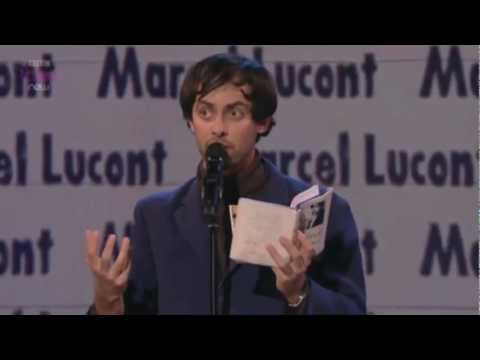