Irishman Andrew Ryan is one of the most exciting talents in recent years; in demand as an act and an MC at the biggest comedy clubs across the UK & Ireland.

Andrew’s quintessentially Irish storytelling abilities and cheeky, friendly demeanour make him a natural  stand up. He performed his debut hour show ‘Ryanopoly’ at the Edinburgh Fringe Festival in 2012, receiving rave reviews (‘Illuminating debut ★★★★’ – The Metro). In 2015 he was at the  Edinburgh Festival with his latest show ‘Perfectly Inadequate’. Selling out his run at the Festival and having to put on extra shows.‘Hard not to enjoy’ ★★★★ Daily Record. He returned again to Edinburgh in 2016 with he new show ‘Ruined’.(‘An hour of hilarious comedy’ ★★★★- Edfestmag).  In 2017 he brought his show ‘Did you get here alright?’ to Edinburgh and is now taking it across the Uk on tour  (Rapturously Funny ★★★★- The List) In 2018 he won ‘BEST NEW SHOW’ at The Leicester Comedy Festival with his new show ‘ Is everything alright at home?’

Andrew has appeared on many TV shows in the UK & Ireland He has performed stand-up on BBC3’s Russell Howard’s Good News, Best of the Edinburgh Festival Live on BBC3, The Blame Game on BBC 1, Live at The Comedy Store for Comedy Central, Live for MIND on Comedy Central, The Six O Clock show on TV3 ( Ireland). Contributions to Golf’s Funniest Moments, Crickets Funniest Moments, When Chat Shows Go Wrong all for Sky 1. 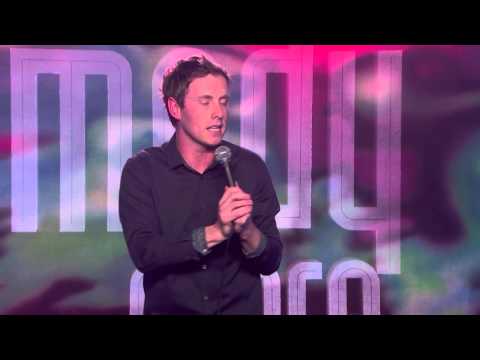