Ignacio Lopez is a Spanish & Welsh comedian based in Cardiff. His parents are Welsh/Irish & Moroccan/Spanish, and he has a German sister; family get-togethers are like a meeting of the U.N.

Ignacio has performed for the Wales football squad, opened for James Dean Bradfield of Manic Street Preachers, and hosts comedy and corporate events around the World.

During the pandemic Ignacio has focused on putting more comedy content online, streaming live comedy events, running a weekly quiz, teaching people how to make Sangría, sitting on his sofa for 18 hours a day and occasionally crying in the bath. 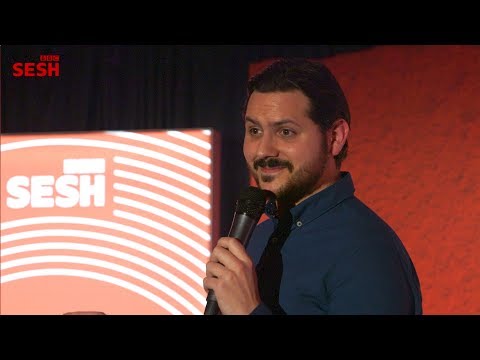