James Loveridge is one of the most exciting young talents in recent years; in demand as an act and an MC at the biggest comedy clubs across the UK.

James is not only an entertaining storyteller, but his cheeky and charming personality mean he can warm any room and endear himself to practically any crowd. He performed his debut hour show ‘Funny Because It’s True’ at the Edinburgh Fringe Festival in 2014, a sold out run, it was loved by both audience and critics alike. His previous Edinburgh show ‘James Loveridge And Other Losers’ was also met with rave reviews.

“Loveridge brought out some of the shock and awe – all with a smile on his face, too” ★★★★★ Public Review

“James is an animated story teller; an entertainer. His jokes and asides are self-deprecating and sharp, and delivered in such a manner that makes it difficult not to laugh along.” ★★★★ EdFringe Review

“He had the rest of us in stitches throughout a polished yet ever-evolving act, with asides and quips just as strong his actual jokes” ★★★★ The Skinny

“Undoubtedly the best free show that I have seen at the Fringe.” ★★★★★ Broadway Baby 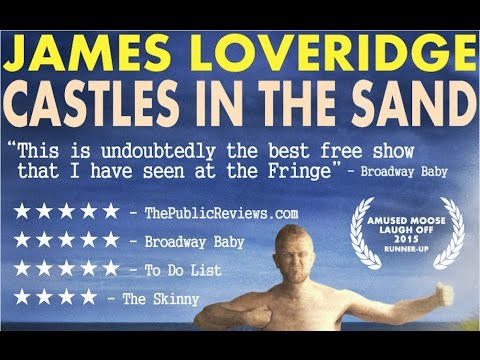