“It should be made law that every UK citizen go see Jeff Innocent, he’s that good.” – Evening Standard.
“The body of a nightclub bouncer and the brain of a University boffin!” – The Guardian.
“Extremely talented Cockney philosopher.” – Time Out.

Voted Comedians’ Comedian Of The Year 2016 (a bit like Players’ Player at football, this one means the most). Jeff has reached legendary status on the circuit & with audiences and quite frankly should be on TV a lot. A must-see act, simply on of the best there is. Jeff has unique appeal due to his contrast between his East End ‘Geezer’ appearance and demeanour along with his educated philosophical delivery. A rare act indeed.

He has also written for various publications and lectures on Stand- up comedy at The London Comedy School as well as having his own comedy academy. 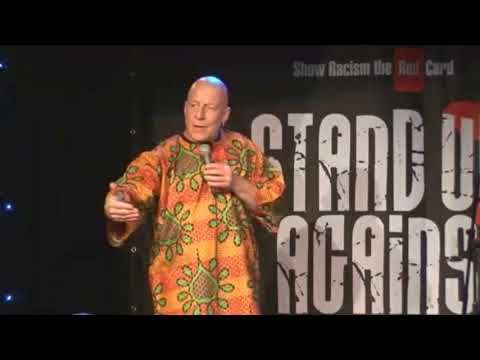