“The Comedy surprise discovery of this Fringe”
★★★★ AdelaideNow.com.au

“Roars of Laughter”
★★★★ The West Australian

Jinx’s TV appearances include Comedy Central Asia (where he was “Comedian of the Month” for June 2015)… Channel 5’s “Ok Chope”… as well as ABCTV’s “Comedy Up Late” (recorded at the Melbourne International Comedy Festival 2017).

Birthed from intercourse between his strict conservative Asian upbringing, and anti-authoritarian Hippie influences from studying in America… Jinx’s comedy offers a fresh perspective that hasn’t been covered by many comedians, partly because Singaporeans have often been stereotyped as humourless and regimented people. 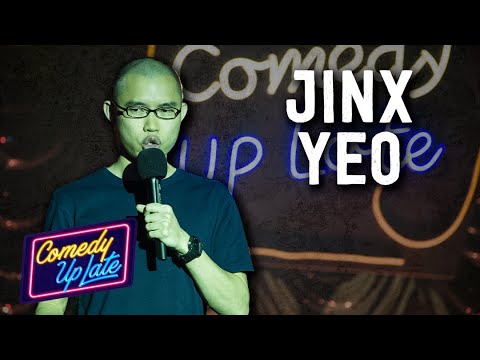 Articles about this comedian:

We are delighted to be co-hosting the Asian Comedy Invasion London show on Wednesday 28 August, featuring three of the finest Asian acts around as seen on MTV, CVomedy Central, …