At 6 feet 9 inches, Joe Hobbs is the tallest comedian in the world (probably). His easy conversational manner andirreverent charm has brought him early critical acclaim, winning awards in two national new comic competitions and being nominated for the BBC New Comedy Award in 2018.

He is now gigging in comedy clubs up and down the country, and in 2019 has been selected to do the closing spot at the prestigious AAA Stand Up late show at the Pleasance Courtyard at Edinburgh Fringe 2019, selected by Leicester Comedy Festival for their Circuit Breakers Showcase, and booked for his first twenty minute spot at the Comedy Store’s Best in Stand-Up show. 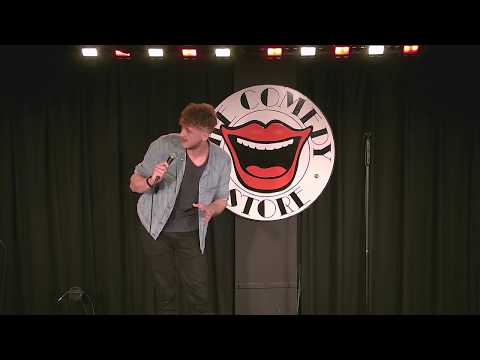