Jonny Awsum’s feel-good brand of musical-comedy has seen him rise to be one of the most sought after headline acts on the UK circuit. As comfortable in a conference hall as he is in an intimate setting, Jonny is a comedic whirlwind, the gag slinging guitar hero – audience members don’t just leave entertained, they leave as fans.

Jonny’s set has captivated audiences at every kind of venue and event, playing to our Armed Troops abroad, nationwide theatres as part of the Paul Hollywood Tour, and in 2016 supported Jason Manford on his ‘Best Of’ UK Tour.

Jonny was a huge hit on the UK’s biggest television talent competition ‘Britain’s Got Talent’ last year, after roping in Ant and Dec for his musical extravaganza audition. He was chosen to proceed to the Semi Finals, which saw an incredible performance with David Walliams. Jonny loved the whole experience, and his profile received a well earned boost.

“If you’re a booker and aren’t booking Jonny Awsum then you should hand in your badge and your gun on my desk Monday morning! …supported me on tour this week, going on stage in front of hundreds of people expecting me, and not only winning them round, but absolutely nailing it and even making me have to raise my game! Unbelievable.. brilliant comic who has definitely got big things ahead for him.” – Jason Manford

“It was so smart, it really works for you because it makes you stand out. I like you a lot” – Simon Cowell 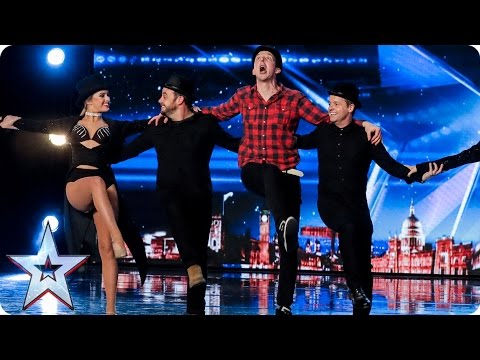