Joshua is a stand-up comedian, writer and actor living in London.

Joshua had a severe motorbike crash when he was 11 years old. He spent 4 months in a coma and now lives with a physical disability. He started performing standup comedy at 19 and has since performed around the world and across the UK, including regular appearances at The London Comedy Store.

Joshua has performed 3 one hour shows in the Adelaide Fringe, Brighton Fringe and Camden Fringe, and has been a support act for Tom Stade and Shappi Khorsandi.

“DAD JOKE”, a comedy short which Joshua co-wrote and stars in, was commissioned by the BFI and Film London and premiered at the BFI London Film Festival. Loosely based on Joshua’s life, it sees a disabled comedian performing a make-or-break gig on the night his first child is born.

Joshua was selected for the Edinburgh Film Festival’s Talent Lab Connects to develop Dad Joke into a TV series.

Joshua is a father of two. 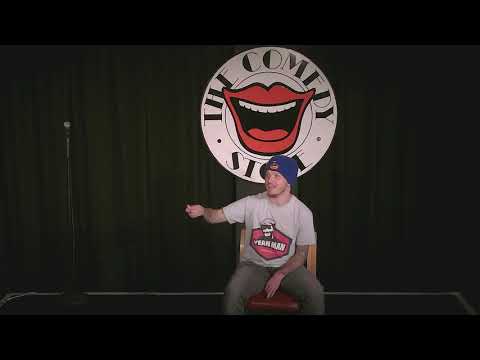