Red Richardson has appeared in the final of every major national stand-up competition and performed to great acclaim at the top comedy clubs in London and around the UK.

“Red Richardson is quite the presence. With his sonorous voice and glowering persona, he sounds like a gravelly Jack Dee with similar aptitude for joie de vivre.” – Chortle **** 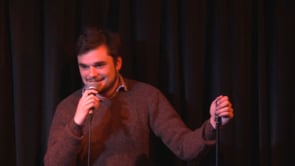