Steve is one of our favourite comedians, his funny storytelling crammed with brilliant jokes about his geek-ness. He has appeared on “Russell Howard’s Good News” in 2019, and did a brilliant “Love Island Extra” piece where he took one of the boys out on the town and taught him how to meet girls. Basically, he is a proper comedian and you’ll love him.

Steve also won the prestigious BBC New Comedian Of The Year in 2013, and in 2009 won “most likely to return as a teacher” at his school leaving assembly. A special award indeed!

“Bugeja has an eye for original comic detail that’s all his own, he not only mines big laughs from this, but also an unexpected amount of gentle pathos.” – The Guardian 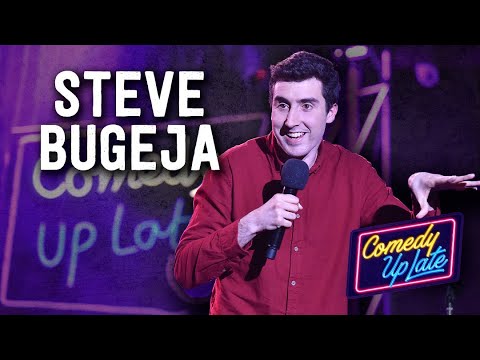