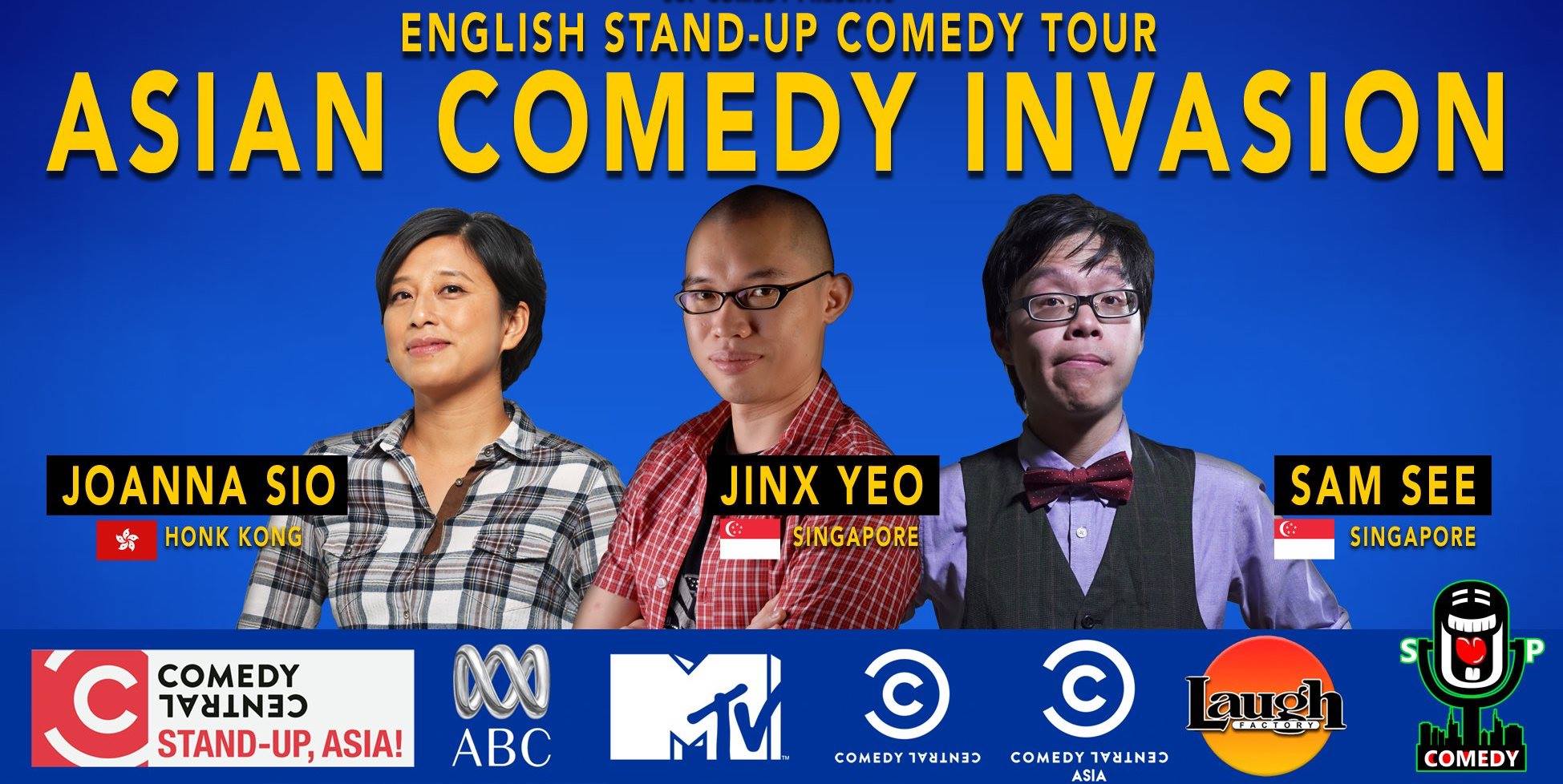 We are delighted to be co-hosting the Asian Comedy Invasion London show on Wednesday 28 August, featuring three of the finest Asian acts around as seen on MTV, CVomedy Central, Stand-Up Asia and more. To find out more and grab your tickets please head HERE.

“The Comedy surprise discovery of this Fringe”
★★★★ AdelaideNow

“Roars of laughter”
★★★★ The West Australian

Having entertained sold-out crowds in 21 countries over 3 continents… Jinx’s comedy is widely relatable – not just to Asians, but to audiences of other backgrounds and ethnicities as well.

As seen on Comedy Central’s “The Jim Jefferies Show” – Sam See is part of Asia’s new wave of stand-up comedians, entertaining audiences from around the globe for over half a decade with his unique blend of jokes, stories, and improvised humour.

Sam has appeared on MTV, iFlix, Channel 5 (Singapore’s nation-wide English broadcaster), and Comedy Central Asia, where he is one of their featured comedians. He was also featured as a comedian on the Comedy Central Programme, The Jim Jefferies Show. He has also been selected for numerous international comedy festivals, including the Singapore Comedy Fringe Festival, the Crackhouse Comedy Carnival and the Magners International Comedy Festival.

“Within seconds, he has the audience laughing, clapping and clinging onto his every word”
– Rice Media

As seen on Comedy Central Asia – Joanna Sio is an improviser and a stand-up comedian from Hong Kong. She won second place at the 2012 Hong Kong International Comedy Competition – while she was 9 months pregnant!

In 2015, Joanna was invited to perform in the prestigious Melbourne International Comedy Festival, as the inaugural cast of “Comedy Zone Asia” featuring the top Asian comedians in the world. She also represented Hong Kong to compete in Laugh Factory’s Funniest Person in the World competition in 2016.

She has performed live stand-up all over the world – including Australia, Canada, India, Hong Kong, Singapore, Malaysia, Poland, Austria, Hungary, Germany and the Netherlands.

Comedians involved in this article:

We are absolutely delighted to have been able to donate £275 to UNICEF to help children from the Ukraine conflict. […]