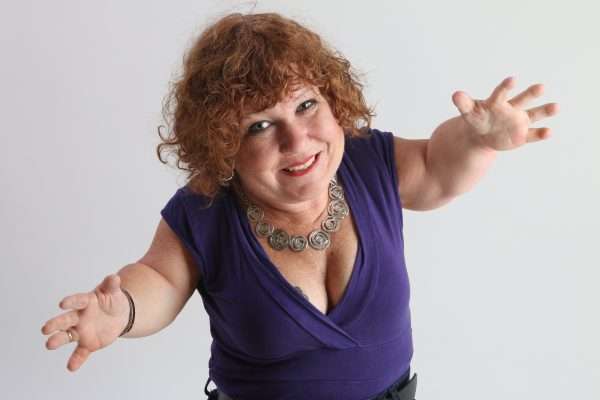 Tanyalee is one of most popular headliners at The Stand-Up Club and here are her feisty responses to our very silly questions.

HOW WOULD YOU DESCRIBE YOUR COMEDY: Tales and adventures of a ginger dwarf on a scooter

WHAT MADE YOU DECIDE TO FIRST GET UP THERE AND GIVE COMEDY A TRY:I never aspired to be a comedian but I was dating a guy who was an amateur comedian ( and probably still is) and I watched him at an open mic (my first time at a comedy club) and he was shit and I knew I could do it!

WHAT DO YOU DISLIKE THE MOST ABOUT THE COMEDY INDUSTRY: The nepotism and having to play ‘the game’. Also that female comedians are not seen as funny.

DOES YOUR PARTNER (IF APPLICABLE) LIKE COMEDY, AND THAT YOU ARE A COMEDIAN: My partner doesn’t like hanging around comedians cuz all we talk is comedy. He is supportive of me.

TOUGHEST TOWN/CITY TO PLAY AND WHY: Essex cuz they seem up their own asses

WHICH OTHER COMEDIAN WOULD YOU PAY TO WATCH: I’d pay to watch Tim Minchin, Sarah Millican and John Bishop

WHAT ELSE DO YOU GET UP TO APART FROM MAKING PEOPLE LAUGH: I spearhead an anti-bullying campaign called GR8 AS U R as well as the #ScooterGirlCampaign where I advocate for equal rights for disabled people on UK transport.

WHICH FAMOUS PERSON WOULD YOU LIKE TO CUSTARD-PIE IN THE FACE: I’d throw custard pie at John Bishop only if I can lick it off him.

Comedians involved in this article:

We are absolutely delighted to have been able to donate £275 to UNICEF to help children from the Ukraine conflict. […]